Oculus Rift Price | What is the cost of Oculus Rift:

Finally the most amazing day has come for which we have been waiting for. Oculus has announced the price of its oculus rift headset in the market. But, Sad to know that price turns out to be more than customer’s expectation. Let’s check the reasonability, whether  the price of oculus rift is actually very high or it is the best that they can offer.

The Rift box includes the headset with built-in headphones and mic, sensor, an Xbox One controller and an Oculus Remote, an  input device that helps users navigate through the Oculus store and explore video content.  The Oculus company also said that bundles that include an Oculus Ready PC and a Oculus Rift would be available for preorder in February starting at $1,499. Oculus Chief Executive Brendan Iribe said in May that the Rift and the computer needed to run it were expected to cost around $1,500.

In Amazon, You can purchase oculus rift bundle with asus powered PC kit, But price might be very staggering. If you are not having oculus rift compatible pc then it might be very costly for you. See the below image Oculus Rift Bundle with alienware  Pc would cost upto $3000. There are other cheaper bundle, also available keeping affordability into consideration.

As a first-generation VR product, the Rift delivers a big amount of immersion. The downside is its price, as well as the fact that it requires a PC gaming rig. For most people, it would be wiser to wait until the price declines for high-end VR.

What is Oculus Rift?

What is Virtual Reality?

HaHahahaha.  It seems everyone looks angry on Oculus Rift. Please, Let us know in the comment, What you think about oculus Rift Price? 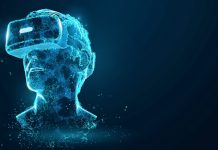